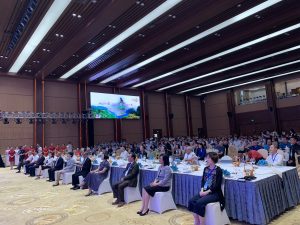 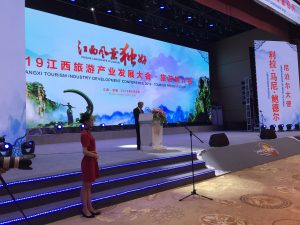 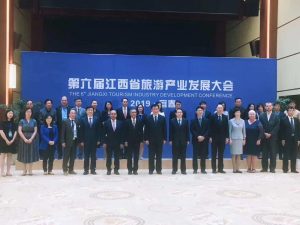 Liu Qi pointed out that Jiangxi, as an inland province of China, we will unswervingly implement the strategy of great opening up, rely on expanding opening up to expand development space and push forward reform breakthroughs, so as to promote great development through great opening up. All the distinguished guests are outstanding talents in the fields of diplomacy, economy and tourism and have strong influence in the host country. I hope you will actively promote the deepening of exchanges between the host country and Jiangxi, strengthen practical cooperation in the fields of economy and trade, tourism, science and technology, and close people-to-people exchanges so as to better benefit each other’s people and jointly build a community of human destiny.

Nepalese Ambassador to China Paudyal thanked Jiangxi Provincial Party Committee and Government for their warm invitation on behalf of the foreign guests present. He said that during his visit to Jiangxi, we deeply felt Jiangxi’s brilliant red culture, beautiful ecological environment and vigorous development trend, especially the achievements in poverty alleviation, and showed us the efforts of the Chinese communists to pursue people’s livelihood and happiness. The friendly relations between Nepal and China have a long history and have been going on for a long time. Nepal is committed to further optimizing the investment environment and hopes that more Jiangxi enterprises will invest in Nepal and more Jiangxi people will come to Nepal to travel, deepening exchanges and cooperation between the two places and benefiting the people of both places.